Objectives :
To give Santa Claus the same legitimacy than the other characters of the Musée Grévin ;
Create a strong awareness of the immutable link between Santa Claus and Coca-Cola.
To highlight the values of “sharing” and generosity of Coca-Cola and Christmas by supporting the association ‘Petit Prince’ for more than 10 years.

Strategy :
Use Santa Claus’ at the entrance of the Musée Grévin to embody the Christmas values that Coca-Cola puts in place every year and thus remind people that the brand is at the origin of the creation of this historical character.

An event revelation in the Grévin theatre thanks to an original scenography with actor Nicolas Ullmann, Yoann Fréget (winner of The Voice 2013) and a real character to play the role of Santa Claus;

Two consecutive evenings were organized: one for the press, the other for Coca-Cola France employees and customers;

The agency identified and selected the ones   to design content to be broadcasted:

Follow-up and media coverage of the partnership with the Association Petits Princes for the realization of two children’s dreams: insights in the creation of the wax character of Coca-Cola Santa Claus  followed by a private visit of the Grévin.

Results :
Undeniable added value for the brand.
A stronger sympathy capital thanks to the values conveyed by the Santa Claus character ;
Appearance for the first time of the Coca-Cola brand in various media and on numerous TV channels.
In terms of press coverage: 442 million people reached. 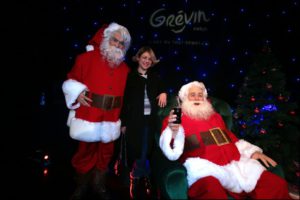 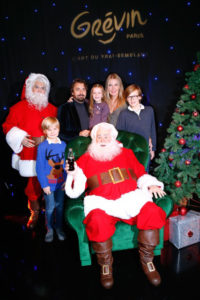